Here's how I create GREAT photos for YOUR listings!

What the camera sees vs what you receive 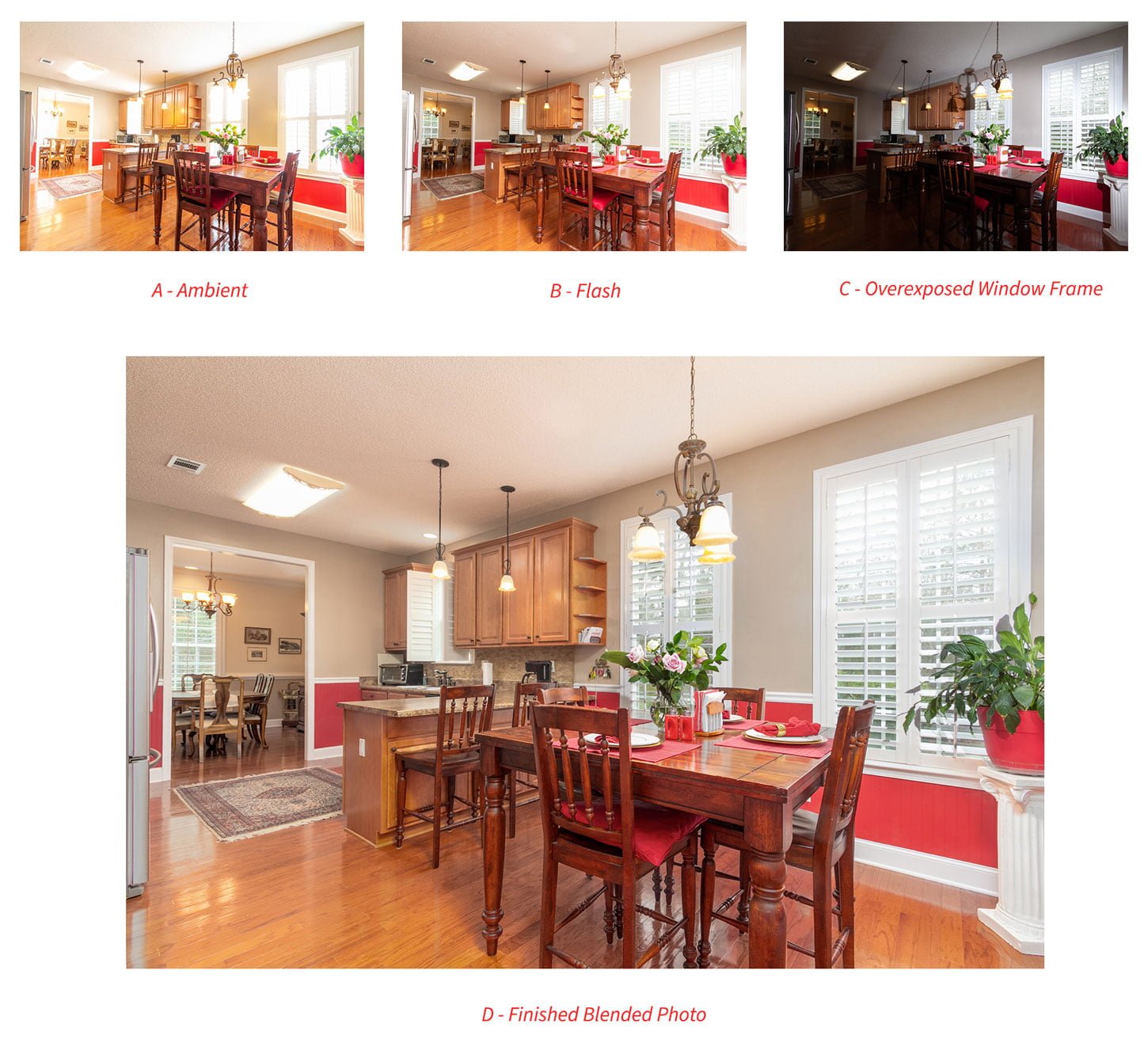 During the shoot,  I'll use multiple camera positions designed to show the expanse of the rooms.  At each camera position, I'll take at least 3 exposures (sometimes 5 or 6) some with existing light, some with flash.  I'm often asked by observers if they can see the photos before I leave the house.  I always warn them that "right now" no single file looks nearly as good as the finished photo will look.  I explain that I will be spending 3 to 5 hours on the computer taking the best parts of each frame to compose the final images.

Back at the Office

After downloading all the files (usually 100 to 150) to the computer,  I'll sort them out room by room.  For each room, I'll label the ambient shot, flash shot and any other frame I want to use.  Each labeled frame is individually tweaked in Lightroom then exported into Photoshop.  The individual frames are stacked on top of each other (that's why use of a tripod is essential).  In Photoshop, I have the ability to "mask out" any parts of the image that I don't want to show up in the final photo. . .

Above, you'll see how I used 3 frames to create 1 final photo.   This is a time consuming but very rewarding photographic technique; it's called FLAMBIENT.  As I implied before,  I usually spend a total time of 6 to 8 hours on each home I photograph.